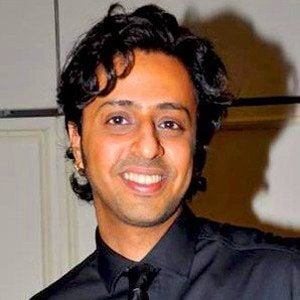 One half of the composing duo Salim-Sulaiman, who have won numerous awards for their work on films like 2005's Ab Tak Chhappan and 2006's Krish. He was a judge on the fifth and sixth seasons of Indian Idol as well as the second season of Indian Idol Junior.

He studied piano at the Trinity College of Music in London, England.

He collaborated with Loyiso Bala and Eric Wainaina on "Africa-You're a Star," which served as the theme song for the 2010 FIFA World Cup.

His cousin Sulaiman Merchant is the other half of Salim-Sulaiman. He married a woman named Jeanne.

He created a Bollywood remix of the Lady Gaga songs "Judas" and "Born This Way."

Salim Merchant Is A Member Of