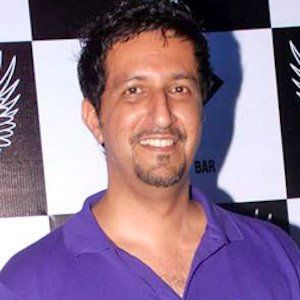 One half of an award-winning Hindi film composition duo with his brother Salim Merchant, the pair have become well known for scoring films like Bhoot, Neal 'n' Nikki, and Rab Ne Bana Di Jodi.

He trained in tabla and did his first film score composition for the 1997 film Hameshaa. He and his brother didn't gain true acclaim, however, until 2003.

He has composed music for numerous Indian pop acts such as Viva and Shweta Shetty.

His father, Sadruddin Merchant, is a veteran film composer and once led the Ismaili Scouts Orchestra.

He and his brother have composed Bollywood remixes for Lady Gaga's singles "Born This Way" and "Judas."

Sulaiman Merchant Is A Member Of