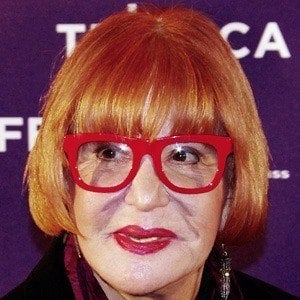 Television host whose popular talk show, Sally, aired from 1983 until 2002. She became famous for her trademark red glasses.

While she was growing up, she wanted to be an actress. She later studied at Columbia University and the University of Puerto Rico.

Early in her career, she worked as a correspondent for both United Press International and the Associated Press.

She married Andrew Vladimir in 1953. After their divorce, she wed Karl Soderland.

Sally Jessy Raphael Is A Member Of