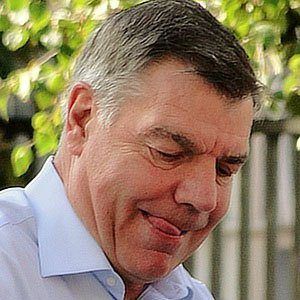 He began his professional soccer career in the early 1970s as a center-half for the Bolton Wanderers.

He played for the Tampa Bay Rowdies (North American Soccer League) during the team's 1983 season.

He was born in Dudley, West Midlands, England to Robert and Mary Agnes Allardyce. He grew up with one older brother.

Sam Allardyce Is A Member Of