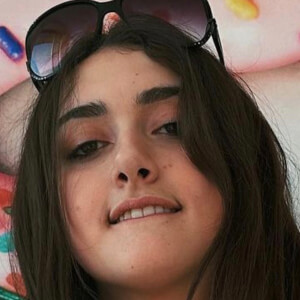 Social media star most well known for broadcasting on her self-titled YouNow channel. She signed with Stars Agency in 2017.

She did musical theatre for seven years and played the drums for five years. She also worked one summer as a camp counselor for her father's music camp.

She was an accomplished swimmer for her school's swim team. She attended the Nickelodeon Kids Choice Awards in 2016.

Her cousin is Diablo Cody, the screenwriter behind Jennifer's Body and Juno. Her father is a musician and has a recording studio where he works with other musicians.

She was encouraged to join the social media world after she met Devin Corwin and Layla Atiles at VidCon 2016. She is also close friends with Hailey Grice.

Samantha Anastasia Is A Member Of