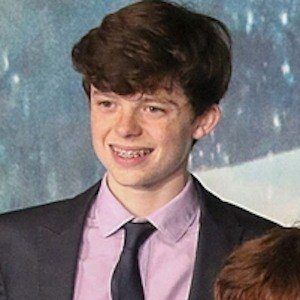 Occasional actor who is best recognized as the brother of Spider-Man star Tom Holland. He has posted a photo of himself wearing the Spider-Man mask on his Instagram.

He and his twin brother Harry made their film debuts alongside Tom in small roles in The Impossible.

He is one of four sons born to actor Dominic Holland and Nicola Holland. His other brother's name is Patrick. He has been in a relationship with Clark Stewart.

He and his brothers acted alongside Ewan McGregor and Naomi Watts in The Impossible.

Sam Holland Is A Member Of