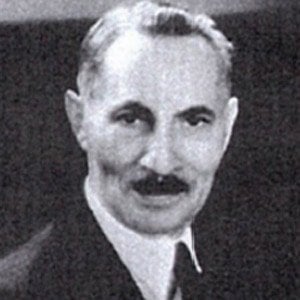 Best remembered as the father of the famous Marx Brothers comedy team, this French-born tailor appeared in his sons' 1931 film, Monkey Business.

His son Groucho joked that he was a terrible professional tailor, but an excellent amateur chef.

Between 1885 and 1901, he and his wife became parents to six sons, the first of whom died as a baby. His three oldest, surviving sons, Leonard, Adolph, and Julius, became known professionally as Chico, Harpo, and Groucho Marx.

Sam Marx Is A Member Of