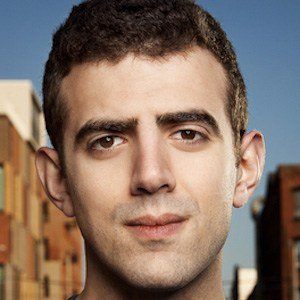 Stand-up comedian who made a name for himself within the New York City comedy scene before appearing on shows like Conan, Adam DeVine's House Party, and Inside Amy Schumer. His first comedy special debuted on Comedy Central in October 2015.

He has a podcast called We Know Nothing with Anya Marina and Phil Hanley. They have featured guests like Judah Friedlander and Ron Jeremy.

He was separated from his biological father as a child and raised by a supportive father.

He has been a frequent guest on the Fox News show Red Eye, hosted by Greg Gutfeld.

Sam Morril Is A Member Of