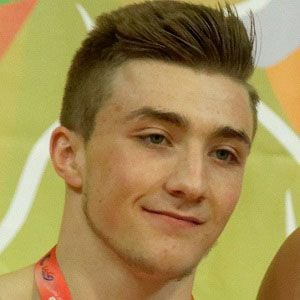 English artistic gymnast who won gold in the horizontal bar at the 2010 Youth Olympic Games and in the team event at the 2014 Commonwealth Games. He won the BBC East Midlands' Junior Sports Personality of the Year in 2009 for earning every possible gold medal at the English Championships that year.

He attended attended Rushcliffe School in West Bridgford until age 14, when he elected to be home schooled so that he could put a greater focus on gymnastics.

He won the award for Junior Sportsperson of the Year Award at the 2010 Nottinghamshire Sports Awards.

His parents are Bob and Dawn Oldham. He has three siblings.

He competed alongside Daniel Purvis on Team Great Britain at the 2012 Summer Olympics.

Sam Oldham Is A Member Of