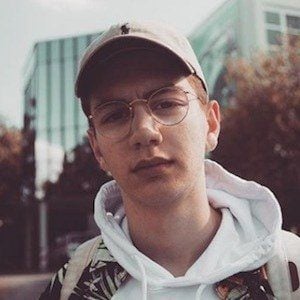 He firs began publishing music online in November of 2012, starting with a song called "Rapstar."

He earned a significant social following, particularly on Instagram.

His hometown is Berlin.

He posted a rap cover of the Selena Gomez song "Same Old Love."

Sam Wernik Is A Member Of