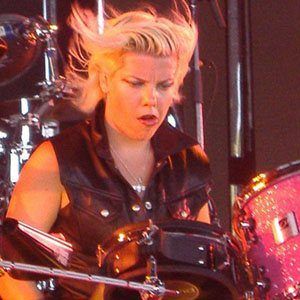 Drummer who has been a member of rock bands including Hole, Eagles of Death Metal, and Motley Crue.

She was born in New York City and moved to Los Angeles.

She played the role of Maureen in Factory Girl alongside Sienna Miller.

Samantha Maloney Is A Member Of