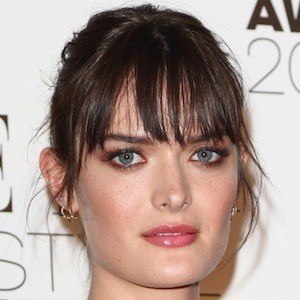 British model who has posed for some of the world's most well-known fashion brands, including Chanel, Burberry and DKNY. She has appeared on the cover of magazines like Allure, Exit and Harper's Bazaar.

She began her modeling career after being spotted by a modeling scout in her hometown of Doncaster when she was thirteen years old.

She has shared an apartment with fellow models Charlotte Wiggins and Eve Delf.

She has a brother named Kevan.

She was photographed by Karl Lagerfeld for Chanel.

Samantha Rollinson Is A Member Of