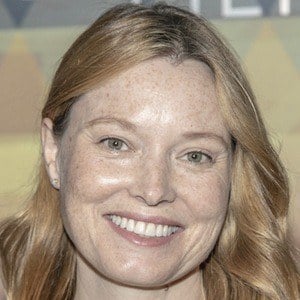 English actress known for her roles as Jeannine Locke on Scandal and Dr. Penelope Blake on Grey's Anatomy She's also appeared in episodes of Parks and Recreation, Castle, and Criminal Minds.

Her film roles have largely been in independent movies like In the Key of Eli and Shamelove. She also played Sarah Green in Hush.

Her parents, James Sloyan and Dierdre Linehan, both acted. She has a brother named Dan.

She starred alongside John Gallagher, Jr. in Hush.

Samantha Sloyan Is A Member Of