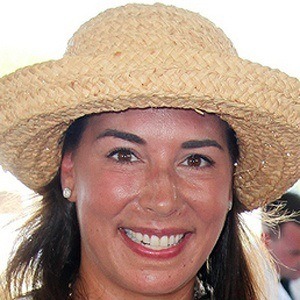 Editor in chief of Hamptons and Gotham Magazines. She is popular on Instagram with over 30,000 followers. She is also an advisor and content creator for multiple magazines and companies.

She has worked several positions as an editor ranging from Vogue to O Magazine. She was also a fashion & accessories director for Niche Media.

She was honored by the UJA Federation in 2012 as a woman of influence and in 2013 as a 40 Under 40 to watch. She is also a board member with the Literacy Partners and the Hewitt School.

She is married with one daughter.

She has appeared on shows with Martha Stewart and Howard Stern. She was also an accessories editor for Oprah Winfrey's magazine O.

Samantha Yanks Is A Member Of