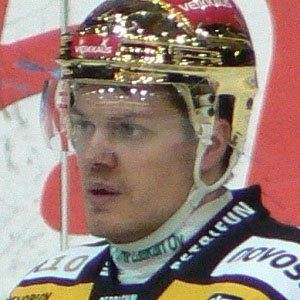 Finnish former hockey player who won a gold medal representing Finland at the 1995 Ice Hockey World Championships. In the NHL, he was a two-time All-Star as a member of the Carolina Hurricanes.

He was drafted by the Hartford Whalers in the 1995 NHL Entry Draft.

His son Kasperi Kapanen was drafted into the NHL by the Pittsburgh Penguins in 2014.

He was coached by Paul Maurice in Carolina.

Sami Kapanen Is A Member Of