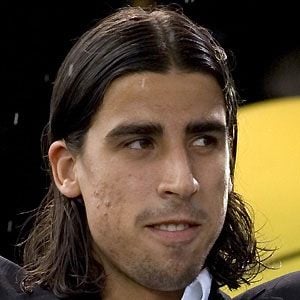 Defensive midfielder who joined Real Madrid in 2010 and helped the team win the Copa del Rey in 2010-11. He became a member of the German national team in 2009. In 2015 he joined Juventus.

His standout performance at the 2010 World Cup in South Africa earned him the attention of Real Madrid.

In the German Brundesliga he led his Stuttgart team to a league championship in 2007.

He was born in Stuttgart, Germany, to a German mother and a Tunisian father. He has two siblings, Rani and Denny.

He joined Cristiano Ronaldo on Real Madrid in 2010.

Sami Khedira Is A Member Of