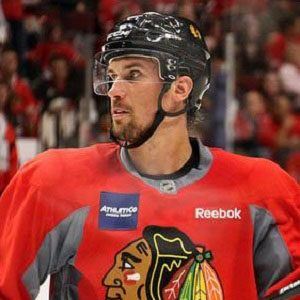 Offensive-minded defenseman with good passing who won bronze medals for Finland at the 2010 and 2014 Olympics.

He took bronze at the IIHF World U20 Championships in 2004 and was named the tournament's best defenseman.

He made his NHL debut during the 2007-2008 season with the Washington Capitals.

He was born in Espoo, Finland.

Center Shane Doan was his teammate on the Phoenix Coyotes in the NHL.

Sami Lepisto Is A Member Of