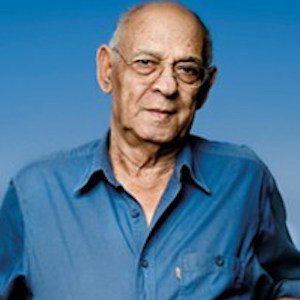 This recipient of Israel's prestigious Emet Prize for Art, Science and Culture advocated for the existence of both the Israeli and Palestinian states and served as president of Israel's Association for Civil Rights (ACRI).

He arrived in Israel after being banished from Iraq and Iran for leading communist movements in both countries.

Also a writer, he published All Men are Equal - But Some are More, Devils in the Basement, and numerous other novels, plays, and non-fiction works.

Raised in Iraq as the son of a secular Jewish merchant, he grew up speaking Arabic and later learned Hebrew. He eventually settled in Israel with his wife Rachel Yonah Michael.

His 2008 novel Aida takes place in Iraq during the regime of Saddam Hussein.

Sami Michael Is A Member Of