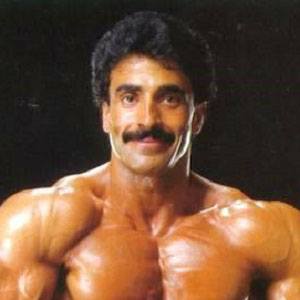 Lebanese bodybuilder nicknamed "The Lion of Lebanon" who was named Mr. Olympia in 1983. He went on to win other bodybuilding events, including the WABBA World Championship, and was inducted into the IFBB Hall of Fame in 2002.

He was born in Beirut and was the youngest contestant at the Mr. Universe competition in 1974.

He has admitted to using anabolic steroids during his career.

He has been married twice and has three children.

He and Italy's Franco Columbu are both winners of the Mr. Olympia contest.

Samir Bannout Is A Member Of