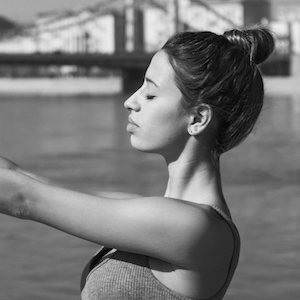 Rhythmic gymnast who is known for competing for her home country Azerbaijan. She is also known for being the founder and coach of SM Stretching.

She first began posting modeling pictures and other gymnastics related content to her Instagram in March of 2013.

She has received several awards for gymnastics including a bronze medal in the Moscow 2010 World Championships.

She was born and raised in Saint Petersburg, Russia.

She posted a picture with Victoria Bonya to her Instagram in November of 2017.

Samira Mustafayeva Is A Member Of