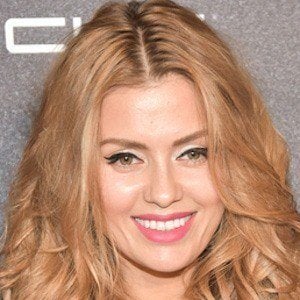 Russian model, actress and TV host who became known after appearing on the TNT reality show Dom-2 in 2006. She beacme host of the program Cosmopolitan and she has also appeared on the cover of Maxim magazine and the Russian magazine Penthouse as well as in several music videos.

She moved to Moscow at the age of 16. She represented Russia at the beauty pageant Miss Earth in 2001.

She landed on the list of 50 Most Beautiful People in Moscow for TimeOut magazine.

She has dated Alexander Smurfit, the son of Irish billionaire Michael Smurfit. She gave birth to her first child, Angelina Leticia, in 2012.

She starred in the music video for Dima Bilan's song "Lady."

Victoria Bonya Is A Member Of