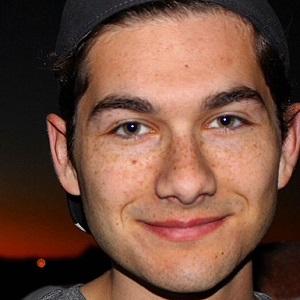 Actor and YouTuber known for frequent appearances on Teens React on the Fine Brothers' YouTube Channel. He is also a series regular on the hit Bravo show The People's Couch.

As a high school student in Maryland, he had much success acting regionally and had a burning desire to move to Los Angeles to pursue his career as an actor in film and television. Shortly after he moved at the age of 15, he performed a lead role off-Broadway at the Barrow Group Theatre, and landed his role as a Teen Reactor on Teens React.

He participates in extensive volunteer work in the greater Los Angeles community. He regularly watches the Turner Classic Movie channel and is a big fan of Charlie Chaplin.

He was born Samuel Marcus Egber and is the third of four sons born to Andrew and Julie Egber.

He made an appearance as a guest bartender on Watch What Happens Live with Andy Cohen.

Samuel Marcus Is A Member Of