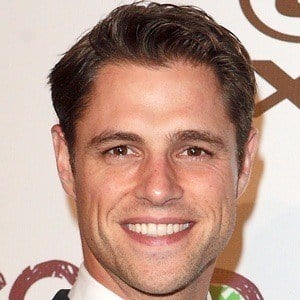 Prolific television star who first became known as one of the lead roles in the short-lived series Point Pleasant. He would go on to earn recurring roles in Mad Men, Desperate Housewives, and Switched at Birth.

Before launching his acting career, he graduated from Princeton University with a bachelor's in ecology and evolutionary biology.

Outside his television roles, he has appeared in feature films like 1915 and Self/less.

He married Cassidy Boesch in 2014. One of his groomsmen was Mean Girls star Jonathan Bennett. He and Boesch gave birth to their first child, Logan, in 2016.

Some of the other cast members on Point Pleasant include Elisabeth Harnois, Grant Show, and Aubrey Dollar.

Samuel Page Is A Member Of