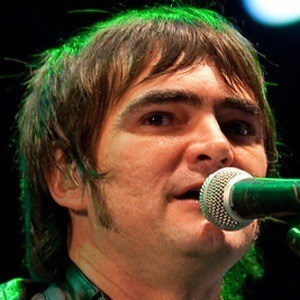 Most well known as the lead vocalist and primary songwriter for the Brazilian rock band Skank. The band has released a dozen or more successful albums, including Calango and O Samba Poconé, both of which sold more than one million copies.

Before Skank formed in 1991, he earned a degree in psychology from Universidade Federal de Minas Gerais.

He and his wife Angela have two children: a daughter, Ana, and a son, Juliano.

He has worked with numerous well-known songwriters throughout his career, including Arnaldo Antunes.

Samuel Rosa Is A Member Of