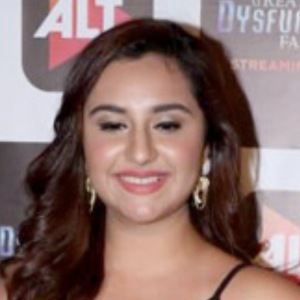 Model turned actress most well known for bringing to life Siyali Rajput in MTV's Warrior High. She would go on to join the cast of Pyaar Tune Kya Kia in 2016.

After completing her studies in Mumbai, she would begin her career modeling.

A pageant competitor, she took the title of Miss Bunt World 2010 later became first runner-up in the 2014 Miss Queen of India pageant.

Her grandmother's name was Kety. She has occasionally posted photos of her father and other family members on her popular Instagram account.

She joined Anupriya Kapoor in the cast of Warrior High.

Sanaya Pithawala Is A Member Of