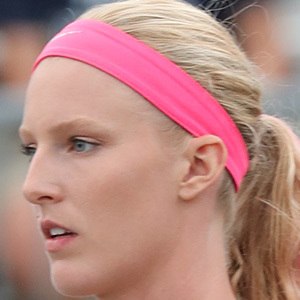 Pole vaulter who won silver in the event at the 2016 Olympic Games. She would also finish as a silver medalist in pole vault at the 2017 World Championships in Athletics before earning gold at the 2018 World Indoor Championships.

She competed as an NCAA Division I pole vaulter for both the North Carolina Tar Heels and Arkansas Razorbacks. She finished in 1st place at the 2010 USATF Junior Olympic Track & Field Championships for the Tar Heels.

She hails from Downers Grove, Illinois.

She and Katerina Stefanidi have often competed against one another in pole vault at various international track & field events.

Sandi Morris Is A Member Of