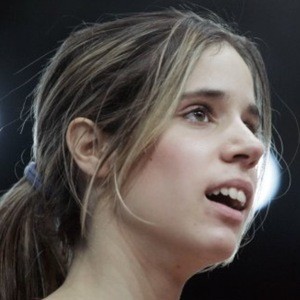 Greek pole vaulter who won the gold medal at the 2016 Olympic Games. She also competed at the 2012 Summer Olympics and placed first at the 2017 World Outdoor, 2018 European Outdoor, 2017 European Indoor, and 2017 Diamond League.

She won the National High School Championships and won gold at the 2006 Gymnasiade.

She earned a master's degree in cognitive psychology from Arizona State University.

Her parents are Zoi and George Stefanidi. She married athlete Mitchell Krier in 2015.

She competed against Fabiana Murer at the Diamond League final in 2014.

Katerina Stefanidi Is A Member Of