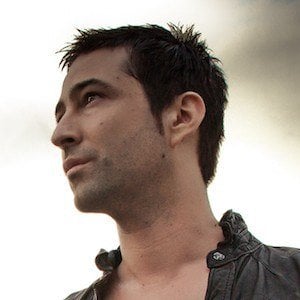 Producer, DJ and songwriter who has helped to create hit songs by some of the biggest stars in music, including Rihanna's "(Only Girl) In the World" and Katy Perry's "Firework." He has also won fans for original tracks like "Bleep," "Sunrise" and "Be Together."

He was originally a bass player who performed in a number of rock and jazz bands. He got his big break when he was approached at a party by David Guetta, who expressed admiration for his music.

His work on "Only Girl (In the World)" earned him a Grammy for Best Dance Recording in 2011.

His real name is Sandy Julien Wilhelm. He has been married.

Sandy Vee Is A Member Of