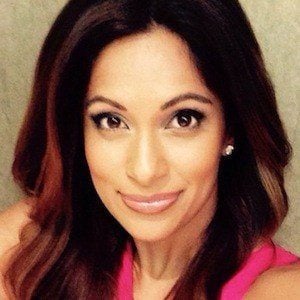 She received a degree in electrical engineering in 2002. She then volunteered for local media outlets which led to her becoming a presenter on The Weather Network, launching her career in television.

In 2015, she was listed by Hello Magazine as one of Canada's 50 most beautiful list.

She was born and raised in Toronto, Ontario in Canada.

As a recurring personality on Entertainment Tonight Canada, she starred alongside fellow host Cheryl Hickey.

Sangita Patel Is A Member Of