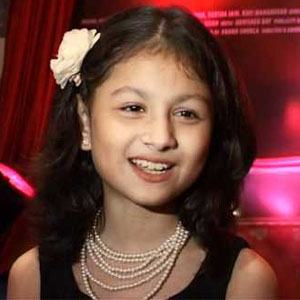 Indian actress most famous for playing Max on the Disney Channel India series The Suite Life of Karan & Kabir. She has also appeared in Bollywood films like Life is Good.

She studied in the acting workshop of actor Alyque Padamsee.

Two of her most famous shows, The Suite Life of Karan & Kabir and Best of Luck Nikki, are direct adaptations of American Disney Channel shows.

Her uncle is director and producer .

She co-starred with Jackie Shroff in 2012's Life is Good.

Saniya Anklesaria Is A Member Of