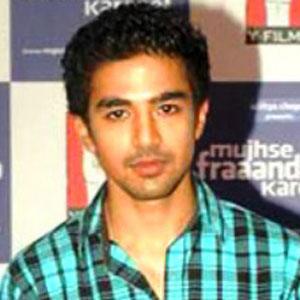 Indian model and actor best known for his work in Bollywood films. he has appeared in films like Hawaa Hawaai and Mere Dad Ki Maruti.

He began modeling when he was young and appeared in advertisements for Pepsi, KFC, and Sprite, among others.

He spent eight months auditioning for Yash Raj Films before he booked his first role in the romantic comedy Mujhse Fraaandship Karoge.

His father, Saleem Qureshi, started a chain of restaurants called Saleem's, where he worked briefly before his modeling career took off. His older brother, Huma Qureshi, is an actor as well.

He appeared in the film Bombay Talkies, starring Rani Mukerji.

Saqib Saleem Is A Member Of