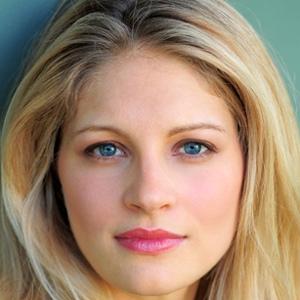 Starred in the Disney short film Love Tap, as well as sketches on The Tonight Show, Conan, and The Late Late Show with Craig Ferguson. She has been featured in commercials and modeled for Speedo, Russell Athletics, and Vitamin Water.

She was the virtual face for the animation software Face Robot.

She's Swedish and spends summers at her family's home in northern Sweden.

She has lived in Santa Monica with her writer/producer husband Brian Ferretti.

She acted alongside Andy Dick in the 2007 film Chasing Robert.

Sara Rehnmark Is A Member Of