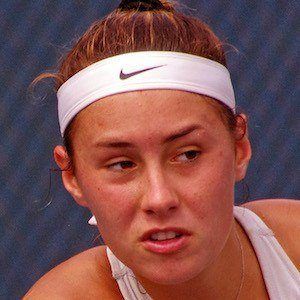 Australian tennis player who made her senior Grand Slam debut at the 2015 Australian Open. She won her first professional title at a tournament in Egypt in June 2015.

She won two doubles titles while on the junior circuit, both at competitions in Asia.

After her first professional victory in 2015, she found her way into the top 500 of the WTA singles rankings.

She competed in the 2015 Australian Open doubles tournament, an event that was ultimately won by Lucie Šafářová.

Sara Tomic Is A Member Of