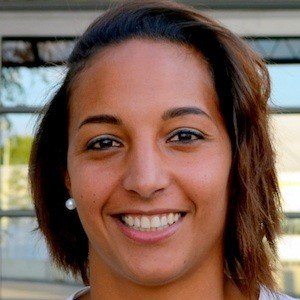 French international goalkeeper who represented her country at the 2012 Olympic Games, where they finished fourth. She led Lyon to the 2011 and 2012 UEFA Women's Champions League titles.

She started playing with SC Mouans-Sartoux's youth team in 1994. She also played for the youth squads of Mougins, Monaco, and Clairefontaine.

She won three Division 1 titles with Lyon between 2009 and 2012 and has also played for Juvisy and Toulouse.

She grew up in Cannes, France.

She and Louisa Necib have played together on France's national team.

Sarah Bouhaddi Is A Member Of