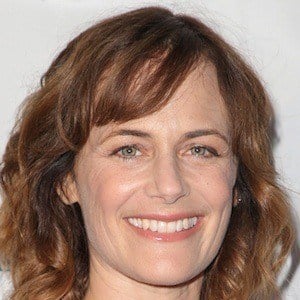 She became interested in acting after studying abroad in Bologna, Italy.

She won a Golden Satellite Award for her work in the television series 24.

She has two daughters, Olwyn and Rowan, with Xander Berkeley whom she married in 2002.

She acted alongside Kristen Stewart in three Twilight Saga films.