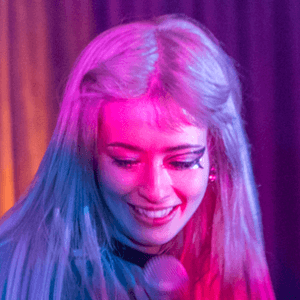 Also known by a stage name of Sarah Bonito, she performed as a lead vocalist for the London-based indie, electropop outfit Kero Kero Bonito (KKB).

Before delving into music, her first passion was art. Her visual art creations could be found on her Instagram and Facebook pages.

She was recruited to KKB by her band mates Gus Lobban and Jamie Bulled. They wanted someone in their group who could speak Japanese, leading them to post an online advertisement and finding Sarah as one of the first respondents.

She spent half her childhood in Japan and is of Japanese and British descent.

She and KKB contributed the song "Flamingo" to Ryan Hemsworth's compilation EP shh#ffb6c1.

Sarah Midori Perry Is A Member Of