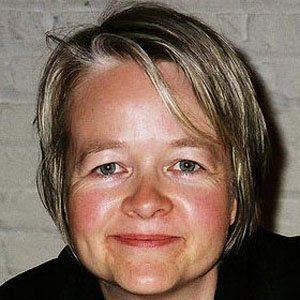 Known for Fingersmith, Tipping the Velvet, and other lesbian-themed novels with Victorian settings, this Welsh writer of historical fiction received both the Somerset Maugham Award and the Stonewall Book Award for a 1999 work titled Affinity.

After earning a bachelor's degree from the University of Kent, she received her master's from Lancaster University and her doctorate from Queen Mary University of London.

Her novel The Night Watch was adapted into a BBC2 television special that first aired in 2011.

She and her sister grew up in Neyland, Pembrokeshire, Wales, as the children of Ron and Mary Waters.

Her novel Fingersmith was adapted into a BBC One series starring Sally Hawkins.

Sarah Waters Is A Member Of