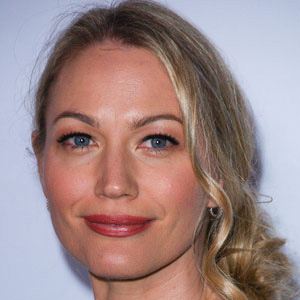 Australian born television and film actress best known for her role as Kate Warner on Fox's 24.

She began studying drama at age seventeen after moving to New York City.

She was nominated for a Screen Actors Guild Award with the 24 cast in 2001.

She had three children with former husband Dan Peres.

She acted opposite Kiefer Sutherland in the first two seasons of 24.