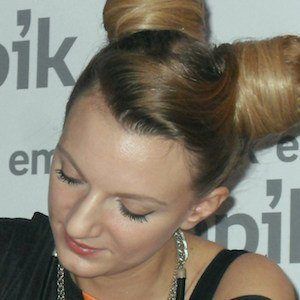 She started her career in 2011 when she appeared on the reality show Must Be the Music.

In 2014, she was a contestant on both the Polish X-Factor and The Voice of Poland.

Her real name is Marta Markiewicz. She grew up in Slupsk, Poland.

She was originally chosen to be part of Edyta Gorniak's team on The Voice of Poland, but was later stoned by Tomson & Baron of Afromental.

Sarsa Markiewicz Is A Member Of