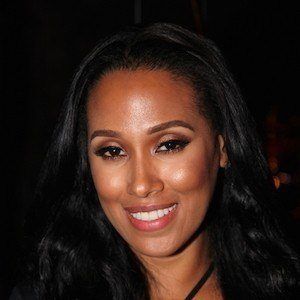 Most well recognized as a cast member of the reality series WAGS, she has also spent her career pursuing opportunities as a recording artist, fashionista, entrepreneur and philanthropist.

She previously worked as a model and video vixen, appearing in a music video from David Banner. She earned a degree in fashion merchandising.

She ran a non-profit organization called The Dolling Foundation and created her own line of hair extensions for it.

She was born Sasha Lee Dindayal in Canada and would reside in Southern California. She is of Trinidadian roots. She married NFL tight end Antonio Gates in June of 2011. She is a mother with Antonio of a daughter named Ayla, and son Aven.

She attended the wedding of Larry English and Nicole Williams in December of 2017.

Sasha Gates Is A Member Of