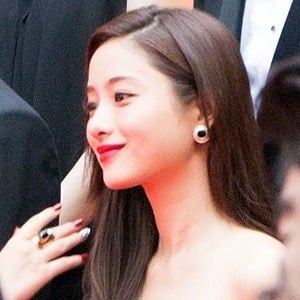 Award-winning television star who first became widely known for her role in the 2003 film My Grandpa. The role won her eight acting awards and would catapult her into various leading roles in films and shows like Shin Godzilla and Attack on Titan.

One of her first acting roles was playing Usagi Yamamoto in the television show Mado o Aketara.

In 2016, she won Best Actress at the Television Drama Academy Awards for her role in 5-ji Kara 9-ji Made: Watashi ni Koi Shita Obōsan.

Her real name is Kuniko Ishikami. She was born in Tokyo, Japan.

In the live action adaptation of Attack on Titan, she starred alongside Kiko Mizuhara and Kanata Hongo.

Satomi Ishihara Is A Member Of