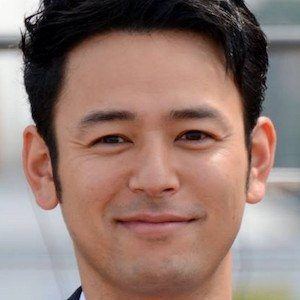 Award-winning Japanese actor who is known for his role in the popular film Waterboys in 2001 for which he was nominated for a Japanese Academy Award in the Best Actor category.

He played one of his first roles in the 1998 film Nazo no Tenkousei.

He has also worked as a singer and bassist for the Japanese band Basking Lite.

He grew up with his family in Yanagawa, Fukuoka, Japan.

Satoshi Tsumabuki Is A Member Of