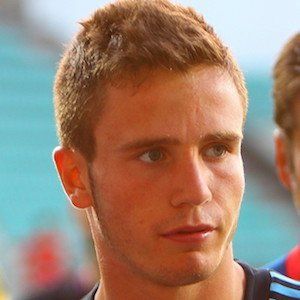 Spanish midfielder known for his play in La Liga with Atletico Madrid. He also spent time on loan to Rayo Vallecano in 2013-2014, when they were also in La Liga.

He grew up playing with Real Madrid's youth team before joining Atletico Madrid in 2008. He first joined the first team in 2012.

He's represented Spain at every youth level from U16-U21. He won the Supercopa de España in 2014.

His father was a professional soccer player, as are his brothers.

He and Nicolas Gaitan have been teammates on Atletico Madrid.

Saúl Ñíguez Is A Member Of