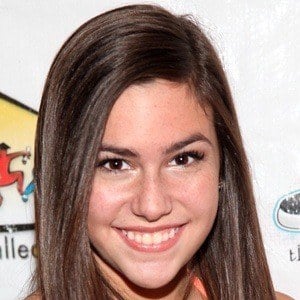 Film and television star who has become known through her guest roles on shows like Gamer's Guide to Pretty Much Everything, Major Crimes, and Criminal Minds.

She made her acting debut in 2009 portraying the younger version of Robin Weigert's character Rachel in Lost.

She has contributed her voice talents to the 2010 films Diary of a Wimpy Kid and Ramona and Beezus.

She has two older brothers named Zack and Landon.

In 2012, she appeared in the drama California Solo opposite Once Upon a Time's Robert Carlyle.

Savannah Lathem Is A Member Of