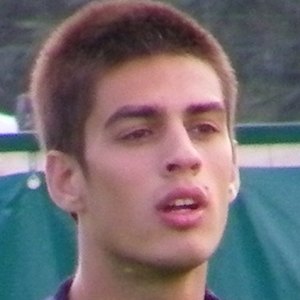 Serbian professional football player known for the position of central defender. He plays for the SuperLiga club Red Star Belgrade and is also known for his appearances on Serbia's Under 21 national team.

At 8 years old, he began training for the Red Star Belgrade. In 2007, he began his senior career playing for the same club. He was later loaned to Rad where he played until 2009. In 2009, he made his debut appearance for Serbia's Under 21 national team.

He has won and received several honors for his work with different clubs including the Serbian Cup in the 2009-2010 season playing for the Red Star Belgrade.

He was born in Belgrade, SFR Yugoslavia. He is the son of professional footballer Dusan Savic.

Other players who have also competed on Serbia's Under 21 national team include Aleksandar Pantic, Marko Grujic, and Berat Djimsiti.

Savic Vujadin Is A Member Of