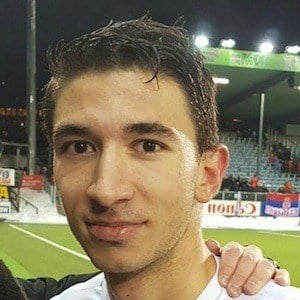 Midfielder who is famous for his international club career. In 2016, he signed with English Premier League club Liverpool, where he debuted in August of that year.

He began his youth career in 2005. He first joined Red Star Belgrade's youth academy, where he played until 2013.

He helped lead Red Star Belgrade to the SuperLiga Team of the Season championship in 2015-2016. He helped lead the Serbian national U-20 club to a 2015 U-20 World Cup victory.

He was originally born and raised in Belgrade, Serbia.

He has played alongside Adam Lallana for Liverpool FC in England's Premier League.

Marko Grujic Is A Member Of