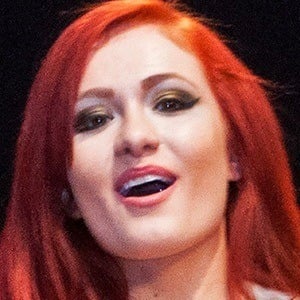 Wrestler who has competed in Ohio Valley Wrestling, WWE, and Ring of Honor. She has more than 490,000 followers on her realscarlettbordeaux Instagram account.

She studied musical theater at Columbia College. Her debut was on Chicago Style Wrestling in April 2012.

She was named one of the 35 Most Beautiful Women of Wrestling in Pro Wrestling Illustrated in 2014.

She posted photos of her mother and grandmother to Instagram in December 2015.

She was named a hero in female wrestling alongside Miss Elizabeth and Trish Stratus.

Scarlett Bordeaux Is A Member Of