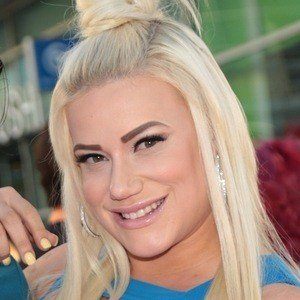 A classically trained ballerina, she began studying dance at four years old. She then began her career in modeling and fitness competitions. Then, in 2010, she began training as a wrestle with Lance Storm at his Storm Wrestling Academy.

In 2014 and 2015, she was named Luchadora of the Year by the Asistencia Asesoría y Administración.

Born in Victoria, British Colombia, she later settled in Los Angeles, California. She and John Morrison aka Johnny Mundo announced their engagement in June of 2017; the couple wed a year later.

She defeated Jennifer Blake to advance to the finals for the AAA Reina de Reinas Championship in 2013.

Kira Forster Is A Member Of