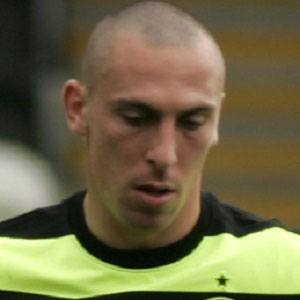 Central midfielder who joined Celtic in 2007 and became a member of the Scottish national team in 2005.

He debuted professionally for Hibernian in 2002 after spending four years in the club's youth club.

He scored his first international goal on September 5, 2009 in a 2010 World Cup qualifier against Macedonia.

He married Lisa Taylor in 2009 and they had a son named Shay. He had a sister named Fiona who died of cancer in 2008.

He and Callum Davidson were teammates on the Scottish national team from 2005 to 2009.

Scott Brown Is A Member Of