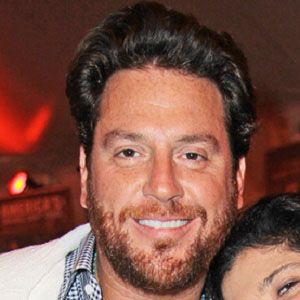 Known for his three-star New York restaurants Scarpetta NY and L'Impero, this world-class chef and Italian cuisine expert also operated a four-star Miami branch of Scarpetta. He appears as a judge on the Food Network's show Chopped.

After graduating from the Culinary Institute of America, he became an intern at New York's famous San Domenico restaurant and went on to receive pastry training at Germany's Hotel Bayerischer Hof.

He was the champion of Season Three of Chopped All-Stars.

He grew up in Waterbury, Connecticut, in a family of Italian heritage. He married Meltem Conant in 2007; they later became parents to two daughters: Ayla and Karya.

He was featured in a 2010 episode of Anthony Bourdain: No Reservations.

Scott Conant Is A Member Of